I spent the day at the Capital Cup TKD Friendship Tournament coaching students from Team Blackburn and Ashbury College. I was impressed that the proceeds of the tournament go to the Cancer Society and the Heart and Stroke Foundation.  It makes it a double bonus for the day.  There was a huge turn out and it ran smoothly and everyone seemed happy. 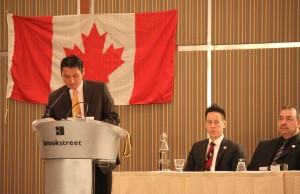 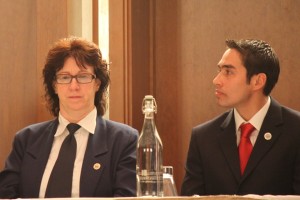 It’s amazing when you’ve worked with students and then you see them perform what they’ve been working so hard on.  I was soooo proud for Fritz.  He did an awesome job 🙂  I’ve been working with him for Tournament training and his hard work paid off.  Watch out for this guy.  He has a great future ahead of him!  He’s only 7 years old but he is wise way beyond his years. 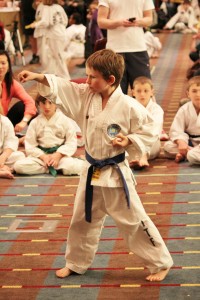 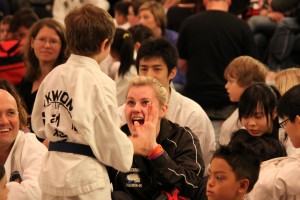 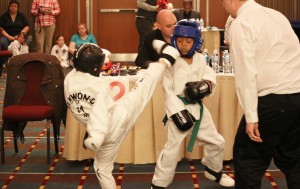 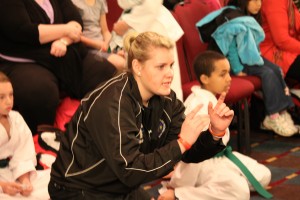 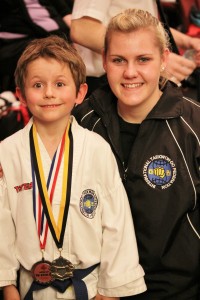 The students from Ashbury College were all  keen and excited to compete.  This is all new to them and these friendship tournaments are great when your’e just starting to build your confidence.  I know they all thought it was a great experience.  They all did really well! 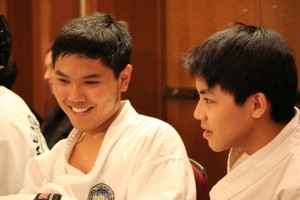 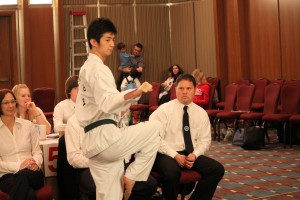 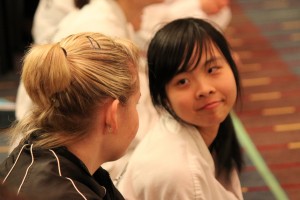 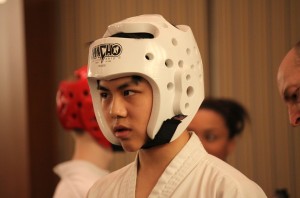 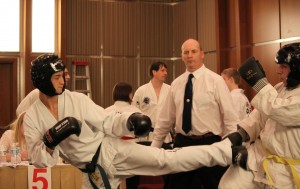 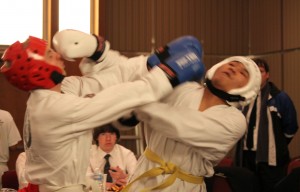 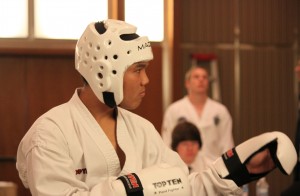 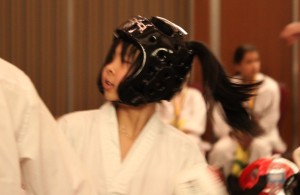 I’ve known Cameron from Trigger’s TKD ever since he was a little dragon and it’s been fun to see him compete over the years.  This was by far the best I’ve ever seen him spar!  Great job Cameron 🙂 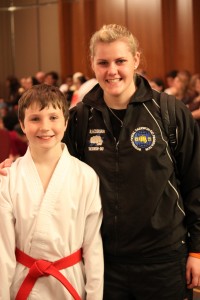 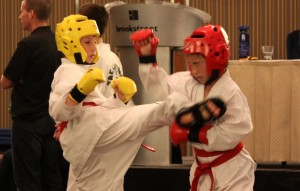 I helped some of the men warm up from other schools so they would be ready to spar.  That was not a good idea for me because as soon as I started to move around, all I wanted to do was get in the ring and compete myself!!!! 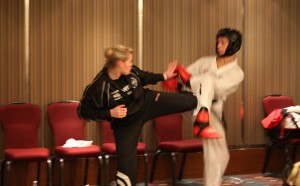 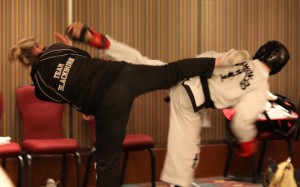 I was really happy to see Miro again.  He changed schools when he moved and I miss him so much.  We used to be inseparable when we were training daily for the World Championships.  You never forget a special bond and experience like that.  As usual his pattern was phenomenal and his sparring was awesome.  Gotta love double gold! 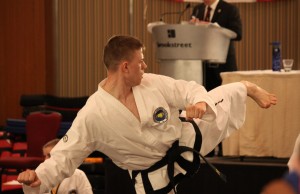 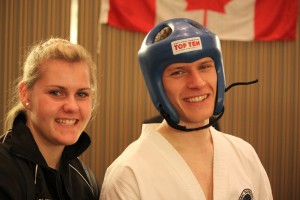 Me and my Training Buddy

I had to wear my new favourite t-shirt since it was a good reminder to students who didn’t do as well as they had hoped.  Being a true martial artist means that you live by the tenants and’ Perseverance’ is an important one.  Sometimes things go your way and other times they don’t but you have to keep persevering and never give up!  It was a great day 🙂 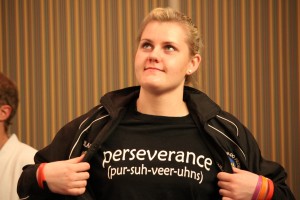