Myself and a few of the other Link Crew Leaders were invited to represent John McCrae S.S. at the Remembrance Day Ceremony downtown. 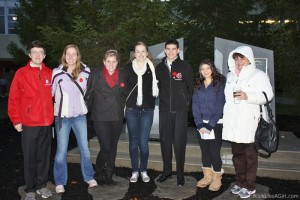 Mrs. Cote took us downtown by taxi.  The day was extra meaningful to her since her son served in Afghanistan for 9 months.  She told us how proud but also how worried she was the whole time. It brings the whole concept of war closer when you talk to soldiers and their families.  Suddenly they become real people and not just facts and statistics we hear about. 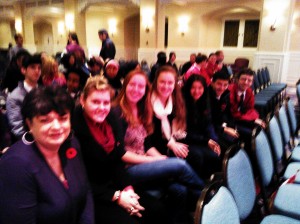 We attended a presentation at the Chateau Laurier Hotel.  There was a man who talked about his project,  “Operations Veterans”.  The whole purpose of the project is to raise money for the veterans and make meal card so they can have a nice hot meal when needed.  He was so upset to see veterans who had served and protected our country but they couldn’t afford a meal.  It’s just wrong!   Schools raised money by selling poppies and receiving donations.  At the end of the day all the cheques were given to the project.  Every dollar helps.  After the presentation everyone walked to the War Memorial. 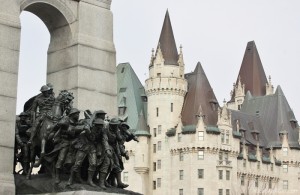 The army jets flew overhead.  I couldn’t believe how really loud they were. We almost didn’t them becuase of all the clouds. 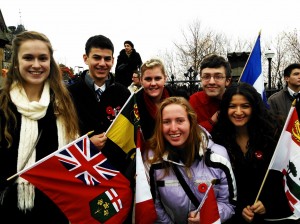 I find Remembrance Day really sad so it helped having my friends with me.  The part that upsets me the most is seeing these soldiers standing proud, but behind their eyes you can see their sadness and grief. I don’t know what I would do if anything bad happened to any of my friends.  I would do anything to protect them so I can only imagine how the soldiers felt. 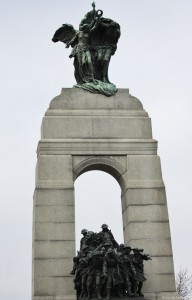 When the 22 cannons went off I actually felt my whole body vibrate and I can’t imagine the fear that the soldiers felt with that sound going off all the time.  The impact of the sound, really made me think and reflect. It would be absolutely terrifying. 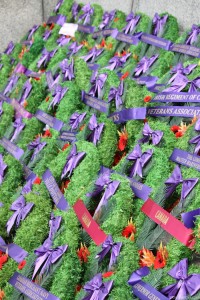 Everyone laid their own poppies on the Tomb of the Unknown Soldier to respect all the soldiers that never returned and have never been accounted for. 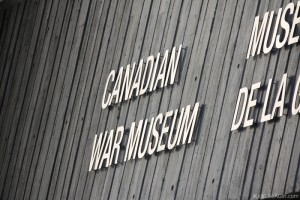 After the service we walked to the Canadian War Museum and  had a nice sit-down lunch with all the students who were invited from other schools.  After the lunch there was a two hour tour of the museum.

Remembrance Day is the perfect reminder how to keep things in perspective.  We can easily get so caught up in our own ‘problems’ but when you think of what all the soldiers who died, soldiers that have returned, and soldiers that are still fighting had/have to go through,  our problems seem so trivial.

I would like to personally thank all the veterans and all our soldiers for protecting our country. THANK YOU. Lest we forget.