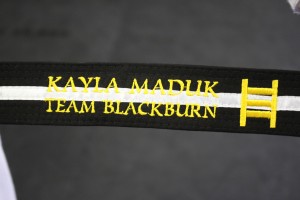 Today was the final part of my 3rd degree test.  I can honestly say that I’ve never studied so hard for any test in my entire life.  I have been studying for weeks and during the March break I never left my room.  I just memorized the TKD encyclopedia, went over each movement in all the patterns and researched the history and philosophy of Taekwon-Do.  I am one of the youngest 3rd degrees in Canada so I wanted to prove to my seniors and to Mr. LeGrow that I am ready to be a 3rd degree, both physically and mentally. Each degree has it’s own new responsibilities and expectations in and out of the dojang.

I was still really sore from my physical test 48 hours ago.  Normally you have a one week break between the two tests but I wanted to get it done during the March break.  Today’s written test was about 2 hours long.  I felt very ready for the questions but you never know what to expect since there is so much theory that can be asked.  At the end of the test there was a long essay question which could have been answered in so many different ways so that was a challenge. 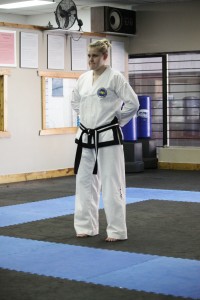 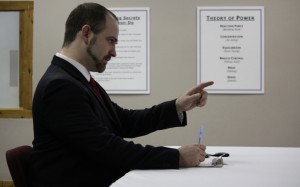 As soon as I finished the written test I started to warm up for my technical test.  The first part consisted of doing various fundamental movements and combinations at Mr. LeGrow’s command.  I really had to focus and concentrate on what he was asking me to do since the movements were in different sequences than normal.  The whole purpose is to show that I know the names and  proper application of the movements outside the patterns. 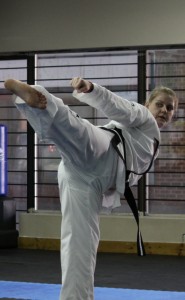 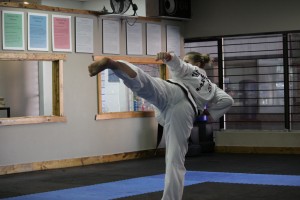 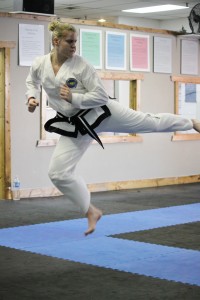 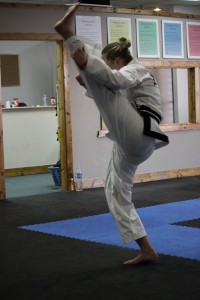 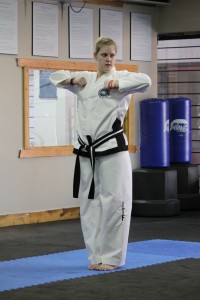 I had to do all the patterns on my own time and then he asked me to do 5 of them by count and stating every movement name and application.  I also had to recite the meaning of the pattern, and the number of movements in each one.  I was really happy with this portion since I felt very prepared.

Studying for this test was so much better than previous tests since I really took the time to research and understand the meanings of the patterns and different aspects in the encyclopedia instead of just memorizing it.  I found everything so interesting so it made if satisfying and things were easier to remember. 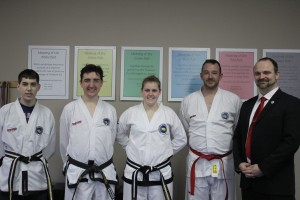 That portion took about 2 hours and I was pretty tired at that point but I knew I had to get ready for the sparring portion.  Joey Bussat, Tim Roland and Jason Anderson all came to spar with me.  I had 7 one minute rounds without any breaks.  It was hard but I had a lot of fun.  Then I had to have 3 rounds with 2 men against me at the same time.  These men are all skilled and bigger than me so it was challenging.  I wasn’t scared at all which is half the battle in these kinds of situations.

The final portion was my lesat favourite.  Power Breaking.  I started with 36 boards and I had to break them all doing different kicks and knife hands.  My first kick didn’t go well and it threw me off and it REALLY hurt.  I had to shake it off (literally) and continue.  My next kick was good and then I was fine to keep going.  By the time I was done, all I wanted was ice for my hands and feet! 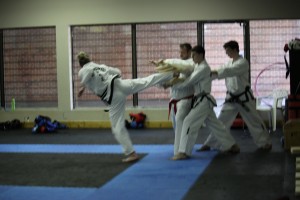 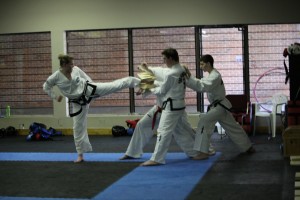 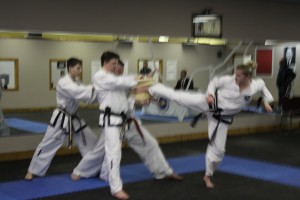 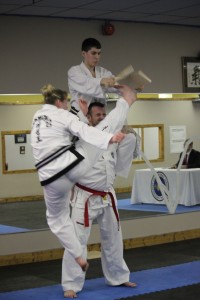 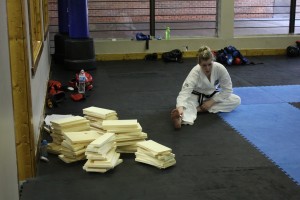 I feel sore from head to toe and mentally exhausted from this whole experience but I couldn’t be more proud or happy.  It was all worth it.  Now it’s time to move forward and learn my 3rd degree patterns and get ready for the PanAm Championships in  June! 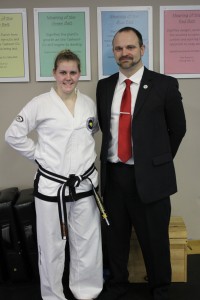 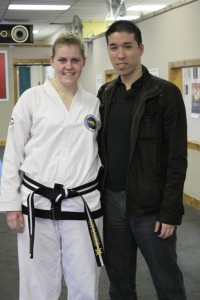 Thank you Mr. LeGrow for giving me such a challenging test and thank you Mr. Lim for always being there for support.  It really means a lot to me.

As usual  my mom took hundreds of pictures and videos. I’ll put them on a link once I get some sleep 🙂 I think  I  need to take a few days off to rest!